Please follow the link below for the December/January edition of Keyring magazine: 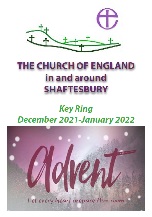 Please follow the link below for the November issue of Keyring magazine:

Please follow the links below for this week's Team pew sheet and the pew sheets for St Peter's Shaftesbury and ST Mary's Motcombe: 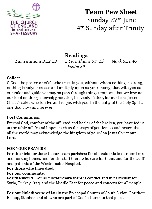 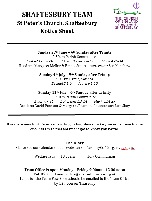 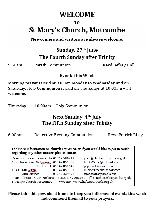 For the October issue of Keyring, please follow the link below: Please follow the link below for the September issue of Keyring magazine: Kevin Martin was ordained at St Peter's Church last week, by Bishop Nicholas and joins us as curate.  Team Rector the Revd Helen Dawes has these words of thanks following the service: "An enormous THANK YOU to everyone who made Kevin's ordination such a joyous celebration! Thank you to the bishop's chaplain and office team for arranging the service and producing the service books, thank you to our musicians and choir, to the flower arrangers, bell ringers, church cleaners and to everyone who brought or served food at the party and to those who washed up afterwards. Thank you to Bishop Nick for leading us in glorious worship and to the Ven Vanessa Herrick for inspiring us with her words. Finally, thank you to everyone I'll realise I should have mentioned...Now we continue with the work of the Church, and for that, thanks be to God!" I am writing this just days after America’s vote for their 45th president. The people of the USA have voted and Donald Trump has been chosen to become the most powerful and influential person in the world. He has won, but his power to me came at the expense of the minorities in society, and we are already hearing of hate crimes against Muslims, Hispanic Americans, ethnic minorities and the LGBT community there. But then it’s not been a good year for public votes: our own Brexit vote was overshadowed by several characters who were so passionate and outspoken before the vote but afterwards resigned and left in their wake a stream of social unrest and confusion. Both votes have given some individuals in our society an opportunity to vent their own prejudice against those who are ‘different’ breaking society apart rather than building justice and peace. The democratic process means that we can choose, but in this selfie-obsessed culture we live in, we seem now all too quick to naïvely choose what we think will be best for us and not look deeper discerning what will be best for the whole of society: It’s about how I look and feel, and we forget to look after the ‘poor man at the gate’ (Luke16.19-31) or build treasure in heaven (Matthew 6.19-21)
I suppose it is a good thing that Christmas is coming: the season of goodwill to all, when poor Tiny-Tim will get his opportunity to say “God Bless you all!” and all again will be ‘Merry and Bright’. Like our votes we can again choose to show compassion and generosity, and be woken from our Scrooge like states and have our eyes opened. But let’s remember at the heart of Christmas is Christ: and it is precisely that we didn’t choose God to come into the world but that it was his choice to come to our mess. The opening of John’s Gospel (Jn 1.1-14) reminds us that we were in darkness not knowing God, and God brings light to his own people, even though they did not know him. It is as Isaiah foretold some 700 years earlier ‘The people who walked in darkness have seen a great light; those who lived in a land of deep darkness - on them light has shined.’ (Isaiah 9.2b). How are we to use this light? Well Jesus said don’t hide it under a basket (Matthew 5.13-16) but let it shine so that “others may see your good works and give glory to your Father in heaven”. If the world seems a dark place now it is probably that we haven’t shone into our dark places or chosen to be illuminated by God’s way. Even so, we can rightly give praise to God this Christmas time that there wasn’t a vote for the coming of Jesus as we probably would have messed it up – maybe that is why his coming has stood the test of time. Hopefully Donald Trump will only last his four years.